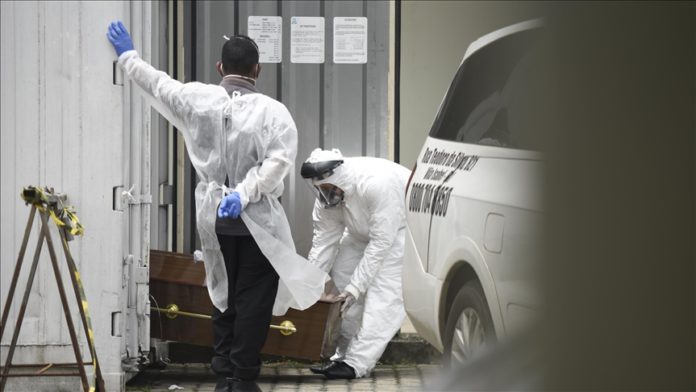 Over the past day, a total of 1,171 people lost their lives to the novel coronavirus in Brazil, bringing the tally to 202,631, according to Health Ministry data.

Sao Paulo stands out as the region most affected by the outbreak, with over 1.54 million cases and 48,298 deaths.

There have been over 7.14 million recoveries in Brazil, the country with the highest population in South America and the largest number of cases after the US and India.

Over 1.14 million people have recovered so far, according to ministry data.

A total of 144 more people lost their lives over the past day in Argentina, bringing the death toll to 44,417, showed Health Ministry data.

More than 11,000 people have tested positive for the virus, bringing the country’s tally to over 1.71 million.

Argentina, with a population of some 45 million people, has reported over 1.5 million recoveries to date.

Colombia’s Health Ministry reported a total of 353 new fatalities over the past day, bringing the country’s virus death toll to 45,784.

The total number of cases reached over 1.77 million, with 15,795 new infections in the country, while the number of recoveries stood at over 1.6 million.

Over the past day, Chile reported 63 deaths from COVID-19, bringing the death toll to 17,037, according to the country’s Health Ministry.