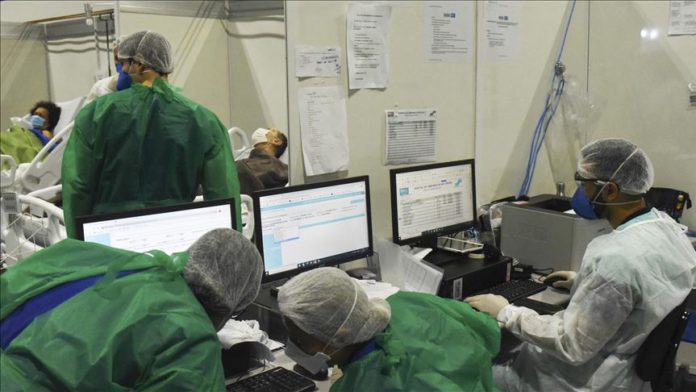 Latin America remains the most affected region in the world by the coronavirus pandemic, with over 8.85 million infections.

As of Wednesday afternoon, at least 328,000 people had died. Some countries in the region are still experiencing high infection rates, with Brazil, Mexico, Colombia, Peru and Argentina reporting large numbers of cases daily.

Of the 15 countries with the highest death rate in the world, 11 are in Latin America or the Caribbean.

With 28% of the almost 31.8 million confirmed cases worldwide and a third of the more than 974,000 deaths recorded globally, Latin America remains the region most affected by COVID-19.

The Brazilian city of Manaus may have reached herd immunity against the coronavirus without a lockdown, a study says.

According to a report by the University of São Paulo, the capital of Amazonas state experienced the peak of the curve in mid-May, when about 46% of its inhabitants had been infected with COVID-19. The city could have achieved herd immunity with 66% of its population infected so far.

Manaus was one of the hardest-hit cities by the coronavirus. Figures show the city suffered 3,300 deaths among its 1.8 million residents.

Brazil confirmed that 33,281 people were diagnosed with the virus over the past day and the registered cases totaled 4.62 million.

The death toll has reached 138,977 with 869 more fatalities, while 3.9 million people have recovered from the virus so far.

In Mexico, 4,786 more infections and 601 virus-related fatalities were registered in the past 24 hours.

The government of Paraguay has announced that land traffic on its border with Brazil will reopen for trade between the two countries.

Although Paraguay has one of South America’s best records in terms of the coronavirus after imposing an early lockdown, it has reported its highest daily figures in the past few days, reaching a total of 34,828 cases and 705 deaths.

The country on Wednesday reported a record number of new daily cases of the coronavirus, detecting 2,249 infections in 24 hours.