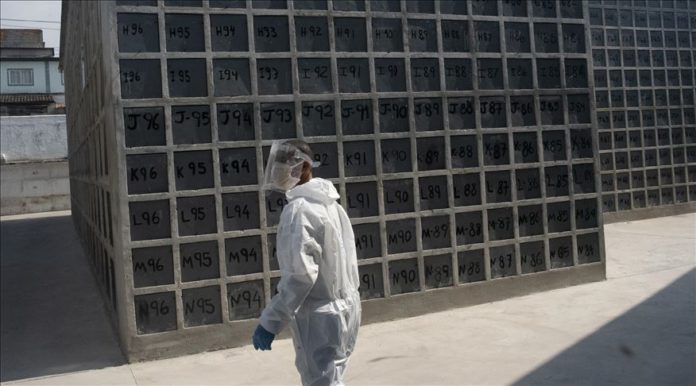 More than 22.8 million people have been diagnosed with COVID-19 around the world, and more than 797,000 have died, according to data from US-based Johns Hopkins University.

In Latin America, deaths reached 253,000 as the virus still burdens the region that has become the worst hit in the world.

The pandemic is stabilizing and stopping the spread in Latin America’s largest country would be “a success for the world,” the WHO said.

WHO’s Director of Emergencies Michael Ryan said during a video conference that there have been “a clear decline” in weekly cases and fatalities in several parts of the country.

Brazil is the world’s second biggest COVID-19 hot spot after the United States.

“The acceleration of cases has stabilized, but there are still too many cases and too many deaths,” said Ryan.

The scale of the coronavirus pandemic in Mexico is “under-represented” and “under-recognized” while testing is limited, Ryan said.

He told journalists that Mexico performs three tests per 100,000 people on a daily basis since the pandemic started, compared with about 150 tests per 100,000 in the United States. He said 50% of results were positive, which means many people are not being diagnosed.

According to various measures on a per capita basis, infections in Peru is the worst in the world.

In the last seven days, no country has recorded more cases or deaths per million than the South American nation of 32.8 million, according to data compiled by Johns Hopkins, the IMF and estimates by Bloomberg News.

Despite implementing strict nationwide quarantines, the country that registered 567,000 cases and 27,000 deaths as of Friday, struggles to contain the outbreak.

During the past week, there was a surge in cases following a relaxation of social distancing restrictions set up in July, which led to a ban on family gatherings.