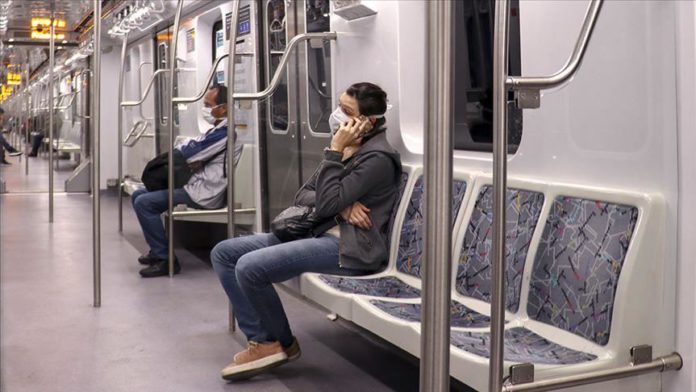 Coronavirus-related cases and deaths throughout Latin America are increasing faster than anywhere else in the world and in the most affected countries, and they show no signs of slowing.

The region has recorded more than 1.3 million cases and 65,000 deaths, but a change in the count of cases in Brazil calls into questioning of the numbers.

Brazil, Mexico, Peru and Chile are the countries most affected by the coronavirus in Latin America with the highest number of infections and deaths. During the weekend, each of these countries reported record numbers.

A new controversy broke out in Brazil, the epicenter of the coronavirus in Latin America this weekend, as the government decided to change the methodology of counting infections and deaths by COVID-19, which led to a delay and lack of consolidated data on the impact of the pandemic on the country.

After three consecutive days with a daily record of deaths, the Ministry of Health adopted a new methodology for the disclosure of official data as of Friday.

The bulletin released by the Ministry of Health no longer includes consolidated data on the cumulative number of deaths, confirmed and recovered cases, infections under analysis, deaths under investigation and trend curves.

The ministry delayed the release of the data by three hours, which are now reported at 10 p.m. saying that they will avoid “sub-notifications” and “inconsistencies” in their daily report.

The decision to change the methodology meant that the official platform intended for the dissemination of the data was “in maintenance” for almost 24 hours, an interruption that led the Johns Hopkins University observatory to leave Brazil temporarily out of the statistics on Saturday. It also prevented the information from appearing on the nightly news of the Globo network, the most powerful in the country, and on the morning news, which usually closes its printed editions before 10 p.m.

The new method of registration of deaths and infections implemented by the government raised voices of protest among politicians, press associations and the Brazilian Prosecutor’s Office. The Attorney General’s Office gave the interim Minister of Health, General Eduardo Pazuello, 72 hours to explain the modification.

The new figures however keep the country second in confirmed number of cases after the United States and third in deaths after the United Kingdom, according to the Johns Hopkins tally. Brazil has 691,758 total cases of the virus and 36,455 deaths.

Chile’s Health Ministry on Monday reported that a total of 138,846 people have been tested positive for COVID-19 and 2,264 people have died from the disease. In the past 24 hours, 4,696 new cases of infection have been detected and 74 patients died.

The Chilean capital of Santiago, where the hospital network is at its limit, begins on Monday its fourth consecutive week of total quarantine, a measure that affects 7 of the country’s 18 million inhabitants.

“Regardless of the fact that the trend in most of the communes in the metropolitan region is favorable (…) it is also true that the numbers of people affected continue to be very high,” explained Health Minister Jaime Mañalich at his daily press conference.

The confinement in Santiago will be extended at least until June 12, although further extensions are not ruled out due to the fact that the virus does not seem to be declining and the quarantine is not being enforced.

The country is approaching the 200,000 mark, with 196,515 confirmed cases and 5,465 deaths. According to Peruvian authorities, 4,757 cases were recorded in the last 24 hours. Peru is on the list of the ten countries with the highest number of cases.

Mexico’s Health Ministry reported that the country added 3,484 new confirmed cases of coronavirus and 188 deaths in the last 24 hours. The total number of cases so far in the country is 117,103 and 13,699 deaths.

Biden to ask resignation of Trump-era US attorneys