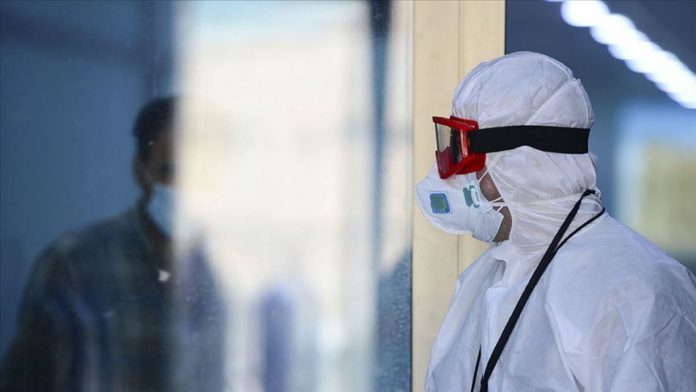 US President Donald Trump said Monday that he is watching “closely” the rising numbers of coronavirus cases in Latin America, currently the worst-hit region in the world.

“My administration is also closely monitoring the surging caseload in Latin America, which is now the region in the world with the most active and reported infections worldwide by far,” he told a news conference in the southern state of North Carolina.

“Due to the relative scarcity of testing in Latin America, however, the region’s reported number of cases is also likely to be dramatically undercut or undercounted.

“I can say that’s probably true throughout the entire world. We report our cases; most of the world doesn’t.”

As of Monday, Latin America has more than 4.4 million confirmed COVID-19 cases, which makes it the region most impacted by the pandemic globally. The total number of cases is now higher than the combined number of infections in the US and Canada, which stands at nearly 4.4 million.

Brazil is the country with the second-highest number of confirmed cases in the world, and the virus has also gained strength in Peru, Chile, and Mexico, which have all passed the 340,000 case mark.

Health authorities in Brazil on Monday reported 23,384 new cases and 614 deaths due to COVID-19.

With those numbers, the country has reported a total number of 2.44 million cases to date and 87,618 deaths, as the virus continues to spread in its South American hot spot.

Peruvian authorities released a study according to which one in four people in the capital Lima may be infected with coronavirus.

The Health Ministry said under the study by the National Center for Epidemiology, Prevention and Disease Control and the National Institute of Health, there could be 2.7 million people infected with COVID-19 in Lima.

These figures far surpass the official data on the cases at the national level of some 375,000 infected and 17,000 deaths, which makes Peru the seventh hardest-hit country in the world and the third in Latin America.

President Trump said Monday that he is analyzing the situation on the border with Mexico to curb the virus’ spread.

“We’re focusing aggressively on the Texas border and countries that we think have to be watched very, very carefully because you have some very, very highly infected countries outside of our borders,” he said, referring to Mexico.

Since mid-March the US has restricted border crossings into Mexico and Canada to essential travel.

Mexico has 395,489 total reported coronavirus cases and 44,022 deaths, the fourth-highest death tally worldwide, according to figures published by Johns Hopkins University on Monday.