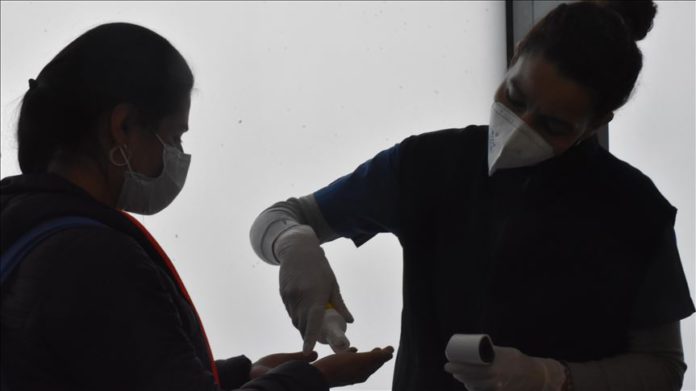 Coronavirus cases continue rising in Latin America with more than 260,000 confirmed cases and more than 14,000 deaths.

The Assistant Director of the Pan American Health Organization (PAHO), Jarbas Barbosa, said that the region is experiencing what Europe did six weeks ago, so “we can expect an increase in the number of cases in the coming weeks.”

The global spread of the COVID-19 has endangered millions of indigenous people in Latin American countries where just a few cases could mean the disappearance of entire communities that live in remote places with very precarious hospital conditions.

All figures shared below are compiled according to data from the Johns Hopkins University as of Monday.

On Sunday, a global coalition of artists, celebrities, scientists and intellectuals from all over the world signed an open letter to the Brazilian government calling on officials to protect the nation’s indigenous people who “may disappear completely because they have no means” of combating the virus.

Madonna, Oprah Winfrey, Brad Pitt, Paul McCartney and Brazilian supermodel Gisele Bundchen warned that loggers and ranchers could introduce the virus to indigenous communities who live in remote locations with limited access to healthcare, which would result in genocide.

Health Minister Nelson Teich travelled to Manaus, the capital of the Amazon, on Sunday to monitor the situation in the region. Two Brazilian Air Force planes arrived the day before with medical supplies.

The mayor of Manaus on Saturday asked Swedish activist Greta Thunberg to use “her influence” to help fight the pandemic in her city. “We need help. We must save the lives of the protectors of the forests, save them from the coronavirus. We are facing a disaster, a barbarity,” Arthur Virgilio Neto said on Twitter.

The nation has now registered 101,826 confirmed cases of the virus and 7,051 deaths. However, several scientific studies released this week indicate that COVID-19 cases in Brazil could exceed one million due to under-reporting and lack of testing in this country of 210 million people.

In Ecuador indigenous communities are also asking for help.

Various groups in Ecuador are now facing the threat of a pandemic that has attacked the country fiercely.

Some 14 members of the Siekopai indigenous tribe tested positive for the coronavirus after the death of two elderly leaders, probably from the same disease.

The Siekopai territory in Ecuador is located in the Amazon province of Sucumbios. Some 744 members make up this ethnic group.

Like other countries around the world, Argentina has followed the recommendations of international human rights bodies that called for the release of prisoners to avoid prison overcrowding.

However, the transfer of hundreds of people from prison to house arrest has sparked a heated debate in the South American country.

The decision has started cacerolazos, the banging of pots and pans, across Buenos Aires to protest the release of convicts.

President Alberto Fernandez said that his government does not encourage a widespread release of prisoners.

“My opposition to exercising the power of pardon is well known,” said President Alberto Fernández on his Twitter account.

Argentina has confirmed 4,783 cases and 249 deaths in the country.

Peru has the second highest contagion rates in Latin America. Despite difficulties in controlling the spread of the coronavirus, the government announced it will start reactivating the economy and gradually reopening certain sectors.

The Bolivian government reported that a total of 71 police officers were infected with the coronavirus, which infected at least a dozen military personnel and more than 50 health workers. The country has 1,594 confirmed cases and 76 deaths.