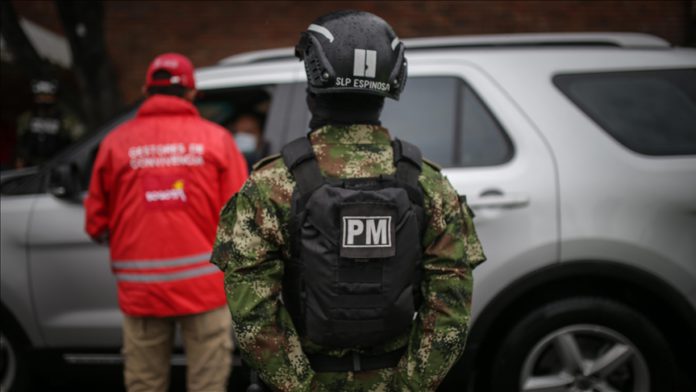 The novel coronavirus continues to infect more people and claim lives in Latin American countries, according to data from official sources late Friday.

According to Brazil’s Health Ministry, at the end of the week the number of deaths reached 201,460 with the latest additions. A total of 52,035 new infections were registered, bringing the tally to over 8.13 million.

Sao Paulo stands out as the region most affected by the outbreak, with over 1.52 million cases and 48,029 deaths.

There have been over 7.11 million recoveries in Brazil, the country with the highest population in South America and the largest number of cases after the US and India.

Mexico’s Health Ministry announced that the death toll from the pandemic reached 132,069, with 1,038 additional fatalities.

There are 14,362 new cases in the country, where the number of infections reached over 1.5 million and the total number of recoveries stands at 1.13 million.

Argentina’s Health Ministry reported a total of 44,273 deaths since the start of the pandemic, with the addition of 151 more deaths over the past day.

A total of 13,346 new infections were recorded over the past 24 hours, bringing the country’s case count to date to over 1.7 million.

The country, with a population of some 45 million people, reported over 1.49 million recoveries to date.

The number of deaths in Colombia reached 45,431, with 364 more deaths over the past day, according to the country’s Health Ministry.

A total of 18,221 cases were reported in the country, bringing the tally to over 1.75 million. The number of recoveries reached over 1.59 million.

Peru’s Health Ministry said 2,003 new cases were seen in the country, bringing the total number of infections to over 1.29 million.

According to the local media in Guatemala, a total of 4,972 people lost their lives to COVID-19, with 44 additions over the past day.

The number of infections reached 142,064 as 990 new cases were reported in the country.

172 countries now signed up for WHO vaccine portfolio