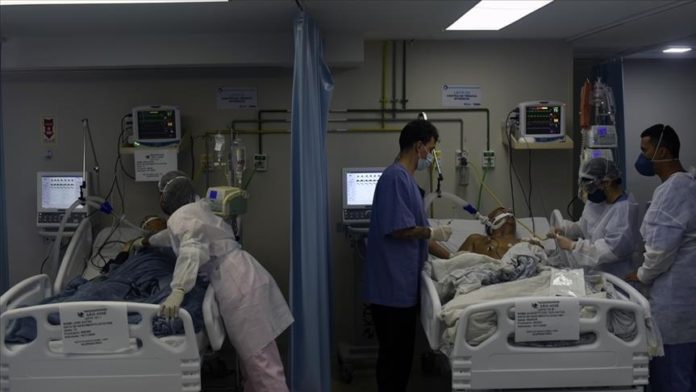 Countries across Latin America reported new COVID-19 infections and fatalities on Sunday, according to official data.

In the world’s second worst-hit country, a total of 3,438 people lost their lives and 85,948 people caught the virus over the past 24 hours.

The death toll rose to 310,550 and confirmed cases exceeded 12.49 million, according to the Health Ministry.

Sao Paulo, the country’s trade hub, stands out as the most affected region of the country with over 2.41 million cases and more than 71,740 deaths.

The country has reported over 10.87 million recoveries so far.

According to the Health Ministry, Mexico’s COVID-19 case tally surged by 4,922, and 567 fatalities were added to the death toll over the past day.

A total of 10,338 coronavirus infections have raised Argentina’s case tally to over 2.3 million, showed the Health Ministry data.

The nationwide death toll rose to 55,368 as 133 patients died over the past day. More than 2.07 million recoveries were also reported.

Recoveries crossed 2.6 million, according to the Health Ministry.

The death toll in the country reached 12,165, with 22 additions over the past day, the Health Ministry said, adding that the total number of recoveries stood at 217,921.

According to Paraguay’s Health Ministry data, a total of 45 died due to coronavirus in the last 24-hour, taking the death toll to 4,003.

The country reported 1,893 new coronavirus cases, raising the total infections to 206,597, while the number of recoveries reached 169,197.