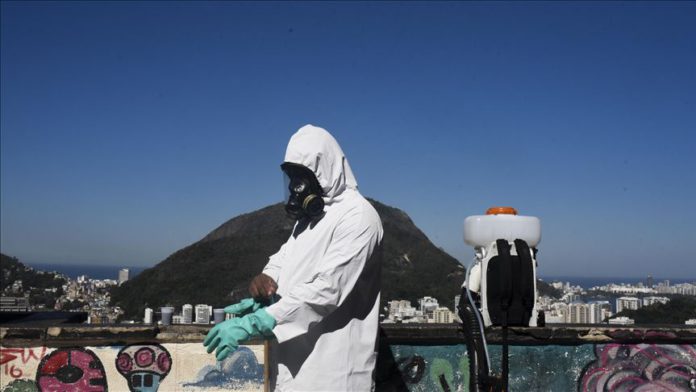 Latin America and the Caribbean have surpassed Europe in the number of coronavirus deaths, with more than 211,000.

Up to now, Europe had remained the hardest-hit region worldwide with 200,000 fatalities, most of them recorded in the early months of the pandemic.

The rise in the death toll in Latin America has been driven by Brazil’s sharp upturn in cases and deaths, while Mexico, Peru, Chile and Colombia are relentlessly recording fatalities.

Brazil’s Supreme Court upheld the suspension of police operations in Rio de Janeiro’s favelas during the pandemic following a series of alleged abuses by agents that caused the deaths of at least 65 people.

The high court confirmed Justice Edson Fachin’s June 5 order to suspend police operations in Rio’s favelas for the duration of the coronavirus pandemic after confirming that police violence had increased during the social confinement imposed to stop the spread of the virus.

The decrease in the number of casualties caused by law enforcement was notable, going from 129 deaths in May to 34 in June after the measure was adopted, a 74% drop, according to data from the Public Security Observatory Network.

The country has recorded more than 2.9 million cases and 98,000 deaths.

Over 72,000 medical workers have tested positive for the coronavirus in Mexico, of whom 978 have died.

Mexico has registered nearly 50,000 deaths during the pandemic, with a total of 456,100 infections.

Scientists created a low-cost COVID-19 test and decided not to get a patent on the technique so that every country in the world can use it and strengthen coronavirus tracking.