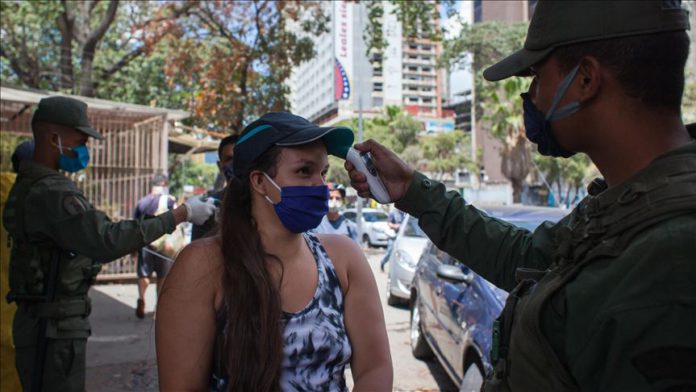 Latin American countries began lifting COVID-19 restrictions Monday even as the region is seeing an increase in cases and before they have reached their peak.

Brazil, Ecuador and Venezuela are starting to allow more activity and Panama and Colombia are reopening certain sectors of their economies.

The Pan American Health Organization (PAHO) has said that reopening too soon could cause harm in certain places that are not yet ready, but the precarious economic situation in many countries has led governments to ease lockdown measures.

All COVID-19 figures shared below are compiled according to data from US-based Johns Hopkins University as of Monday.

Latin America, the current epicenter of the pandemic, surpassed one million coronavirus cases Sunday, half of which are in Brazil, where President Jair Bolsonaro participated in a demonstration against the country’s Supreme Court, ignoring social distancing recommendations to stop the spread of the virus. Brazil’s total coronavirus cases neared 515,000 Monday as the country reported more than 29,000 deaths.

However, some cities are starting to announce the opening of their economies. Rio de Janeiro, the Brazilian city with the second-most cases after Sao Paulo, announced Monday that it would begin a gradual six-stage plan to relax restrictions on Tuesday. Some commercial businesses will be open and people will also be allowed to visit parks, squares and beaches. Other cities started allowing hair salons, auto mechanics and hotels to start operating.

Ecuador, one of the countries hardest hit by the coronavirus, resumed domestic commercial flights Monday and will resume international flights later this week, while it also reduced the curfew, further de-escalating confinement measures imposed since March due to the pandemic.

“We have already started commercial flights from today,” Luis Galárraga, the spokesman for Tababela International Airport, which serves Quito, told reporters after a plane took off for the town of Loja near the Peruvian border.

The country of 17.5 million people, with more than 39,000 cases and 3,358 deaths, has the fourth-highest number of fatalities in the region from the coronavirus behind Brazil, Mexico and Peru.

Some shopping centers opened in Medellín, the Colombian city that has best handled the outbreak, which contrasts with what is happening in Bogota, where the city’s most densely populated neighborhood, Kennedy, returned to a complete lockdown Monday to contain the spread of the virus.

With the opening of commerce, the Colombian government seeks to aid the country’s economy, which has been hit by a slowdown in growth and unemployment which rose to 19.8% in April.

“Today all the shopping centers that comply with the protocols are opening in Medellín. Personnel from the Health Secretariat verified that they are complying with the protocols and they are going to be reopened,” the mayor of Medellín, Daniel Quintero, told journalists.

The government also announced that as of Monday, all gas stations in the country will open.

Panama, the second-most affected country by the coronavirus pandemic in Central America, will begin the second phase to resume economic activities.

In the new phase, the construction sector and churches will be allowed to start operating after home retailing, fishing and technical services were open a few days ago.

US to award 23M barrels oil storage for 9 firms