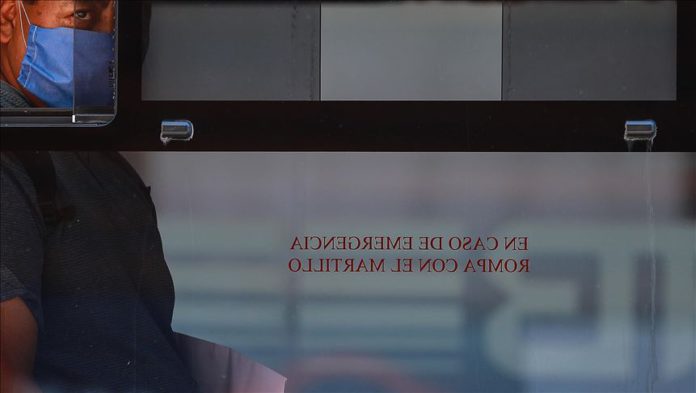 While Europe plunges into a second wave of coronavirus infections, Latin America and the Caribbean do not seem to be overcoming their first outbreak.

The region’s death toll has surpassed 397,000 and more than 11 million people are known to have been infected amid an increase in cases in a number of countries including Mexico, Argentina, Colombia and Uruguay.

Where there would normally be color, music and flowers during the Nov. 1-2 Day of the Dead celebrations, there will be grief this year.

President Andrés Manuel Lopez Obrador decreed the two dates as days of national mourning due to the thousands of Mexicans killed by the coronavirus.

Mexico is the country with the fourth highest number of deaths in the world due to COVID-19 after the US, Brazil and India. It had 90,309 deaths as of Thursday.

The RUTI vaccine against the coronavirus developed by researchers at the Germans Trias i Pujol Hospital and produced by pharmaceutical company Archivel Farma is the first Spanish vaccine to be approved for international clinical trials, which will be conducted in Argentina.

The vaccine will be tested on 369 Argentinians over a period of nine months.

More than 31 homeless people are reported to have died from the coronavirus in Colombia, according to official data from the Ministry of Health.

But authorities say not much is known about how the pandemic is affecting the estimated 10,000 people in the country without housing.

Colombia has surpassed 1 million identified cases and 30,000 deaths, according to Johns Hopkins University.

Despite the country faring much better than its neighbors, authorities in Uruguay are concerned about the COVID-19 outbreak the country has been experiencing in recent weeks and fear the numbers could get worse due to the Halloween weekend, which will include gatherings, parties and cemetery visits.

Brazil expects to have a vaccine against COVID-19 by June 2021, the health regulator Anvisa said Thursday.

There are four vaccines now being tested in Brazil, including one by Oxford University/AstraZeneca, China’s Sinovac Biotech, Pfizer Inc in partnership with BioNTech, and Johnson & Johnson’s pharmaceutical arm.

Brazil’s right-wing President Jair Bolsonaro, who has been repeatedly criticized over his handling of the outbreak, has said that COVID-19 vaccinations will not be obligatory when they become available.

Brazil has recorded nearly 5.5 million confirmed coronavirus cases and the official death toll from COVID-19 has risen to 158,456, the health ministry said.

April 3, 2020
We use cookies to ensure that we give you the best experience on our website. If you continue to use this site we will assume that you are happy with it.Ok