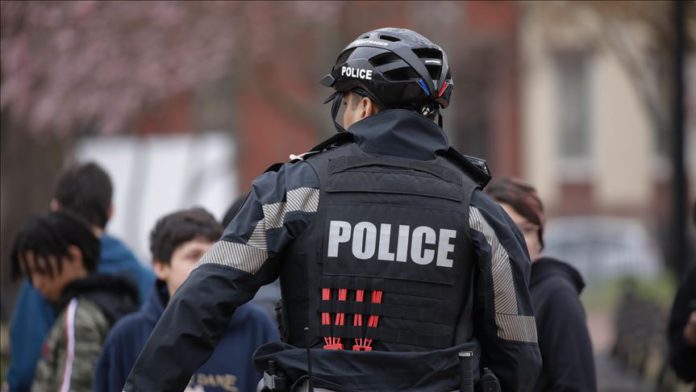 A UN human rights office spokesman said Friday that the shooting of Jacob Blake in the US exposes how African Americans continue to be exposed to differentiated and heightened risks in engaging with US law enforcement bodies.

Rupert Colville, a spokesman for the UN High Commissioner for Human Rights, was asked to comment at a twice-weekly news briefing on the shooting of Blake.

“I think this is a painful reminder of how African Americans continue to be exposed to differentiated and heightened risk when engaging with law enforcement bodies in the United States,” said Colville.

“And this really tragic episode reaffirms the need for urgent action to eradicate linkages between structural racism and policing.”

Coville said: “The police appear to use force against Jacob Blake that would seem to be excessive.”

Jacob Blake, a 29-year-old Black man, had told investigators that he was in possession of a knife when he was repeatedly shot in the back by a white police officer over the weekend in Wisconsin, the state’s Justice Department had said Wednesday.

Bystander footage of Blake’s shooting has made Kenosha, Wisconsin the latest flashpoint in the US’s ongoing struggle with racial injustice.

“On the issue of the vigilante, and a 17-year old has been arrested, charged with killing two people and injuring others; we would see this as another unfortunate example of the insufficient and lax gun control measures in the United States, which is something we’ve spoken about several times before.

“It should be inconceivable that you have a 17-year old running around with an automatic rifle in a position to shoot people in this way in such a tense situation,” said Colville.

He said the UN rights office had issued several calls to ban assault rifles and adopt other measures to control civilian acquisition, possession, and use of firearms to preempt such killings.

Biden: 'We're at war with virus, not with one another'

China blasts US over bill to protect Uighur rights