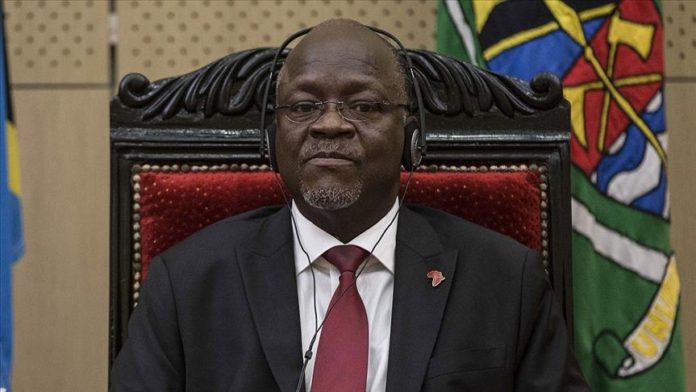 Tanzania’s late President John Magufuli, who died on March 17 at the age of 61, was laid to rest in his hometown Chato on Friday.

Magufuli received a state-funeral, which was attended by religious leaders of different faiths, military and government officials, among other guests.

Television channels from across East Africa broadcast live the funeral service of the fifth president of Tanzania who was born on Oct. 29, 1959.

Speaking during the burial service, President Samia Suluhu Hassan, who was sworn in after Magufuli’s death, thanked the world and the Tanzanian people for their support in this time of grief.

“I wish to thank foreign heads of state and government, world leaders and all those who supported us and sent in messages of condolences during this hour of grief.

“Today, we are putting to rest our father, a hero and great leader of our nation, may God bless the family of President Magufuli and the whole of Tanzania,” Suluhu said.

The late president was accorded a 21-gun salute whilst military jets flew over the funeral ceremony held in the northwestern town of Chato.