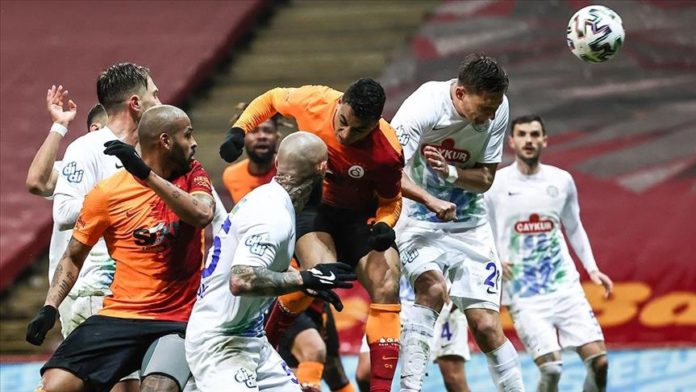 Caykur Rizespor scored a goal in stoppage time to win a seven-goal thriller against Galatasaray on Friday in the Turkish Super Lig game.

Braian Samudio broke the deadlock with an early goal in the second minute for Caykur Rizespor .

Galatasaray midfielder Emre Akbaba took a long-range shot for his team’s second goal in minute 31 before Brazilian midfielder Fernando Boldrin brought the visiting side level in the 41st minute.

C.Rizespor took the lead after the break in minute 54 when Czech forward Milan Skoda converted a penalty shot.

Fernando Andrade scored the winning goal in stoppage time for the 4-3 win in Istanbul.

Meanwhile, Yedlin was shown a red card for arguing with the referee in minute 79.

C.Rizespor jumped to 12th place with 34 points and Galatasaray remained in second with 61 points.