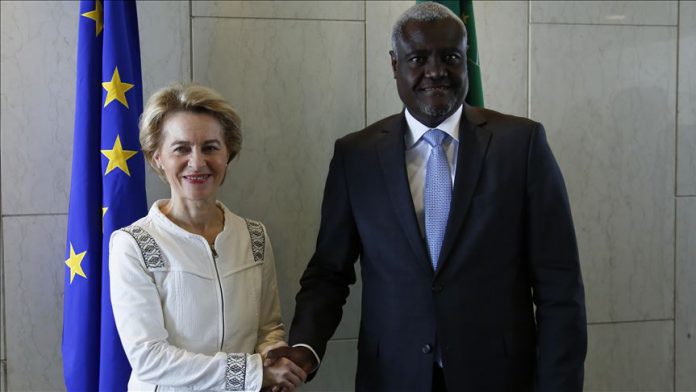 The largest-ever delegation from the EU on Thursday met with African Union commissioners in Ethiopia for talks that mainly focused on security and trade.

Ursula von der Leyen, the head of the European Commission, said she came to African Union with “the largest [EU] delegation ever to go abroad” which sent “a strong message.”

“It is a strong sign of interest we have in Africa,” she said in her opening speech of the meeting held at the African Union headquarters in Addis Ababa.

The European Commission president led the delegation of 22 commissioners for a daylong meeting,