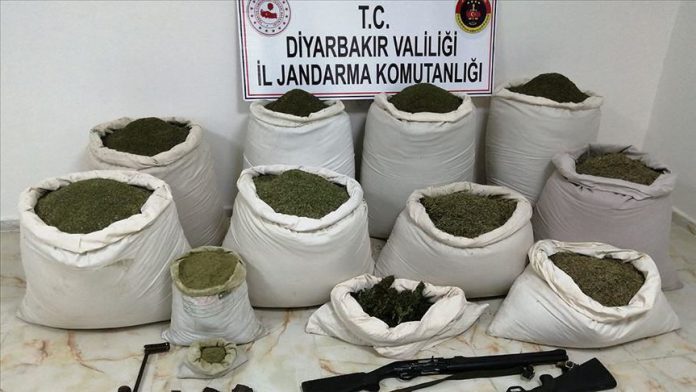 Interior Ministry on Saturday said a narco-terror operation was launched in the southeastern Diyarbakir province of Turkey, with the participation of hundreds of security personnel.

Operation “Kiran-11 Narco-Terror” seeks to hinder the PKK’s winter preparations, neutralize its terrorists based in the region, arrest drug dealers and eliminate its financial sources.

A total of 1,260 personnel — including the special gendarmerie, police forces, and local security personnel — participate in the operation.

Turkey has been fighting narcoterrorism, and this year confiscated over 40 tons of marijuana and seized about 40 million cannabis roots.

Vaccines found in Italy due to EU, COVAX: AstraZeneca