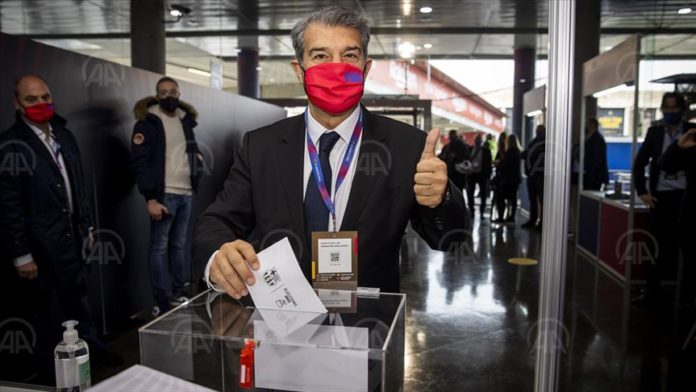 Joan Laporta will return to Barcelona after he was elected the Spanish football club’s new chairman on Monday.

Barcelona players including the football team’s Argentine superstar Lionel Messi cast his vote on Sunday at the Camp Nou Stadium.