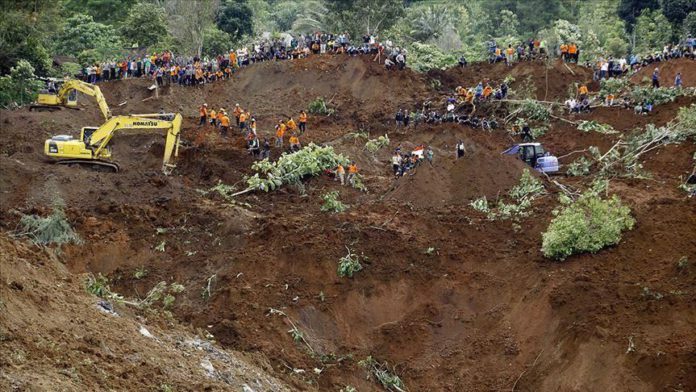 The bodies are said to be of those soldiers who were part of 21-member rescue team to help trapped workers at a landslide-hit under construction hydropower plant in the Thua Thien Hue province, daily Vietnam News reported.

The soldiers were trapped by the landslides on their way to Rao Trang-3 hydropower plant on a rescue mission.

The bodies are yet to be identified as the rescue mission is going on. The incident happened more than 10 kilometers (6.2 miles) from the main road. Few bodies have been pulled out of the area.

Landslides had hit the Rao Trang-3 hydropower Plant on Monday night. At least 17 workers were buried under the landslide.

Authorities are using high-speed boats to cross the reservoir of Huong Dien hydropower to approach the dam of the plant.

There are reports that more people are buried in the area due to the landslides.

The extreme rainfall has caused floods in in the central provinces of Vietnam, killing nearly 20 people, while 14 others are missing.

The Southeast Asian country is bracing for seventh typhoon – Nangka – of the year.

The meteorological officials have predicted continuous rainfall in the region, at least until Oct. 20, due to the low pressure in the north of South China Sea, also known as the East Sea in Vietnam.