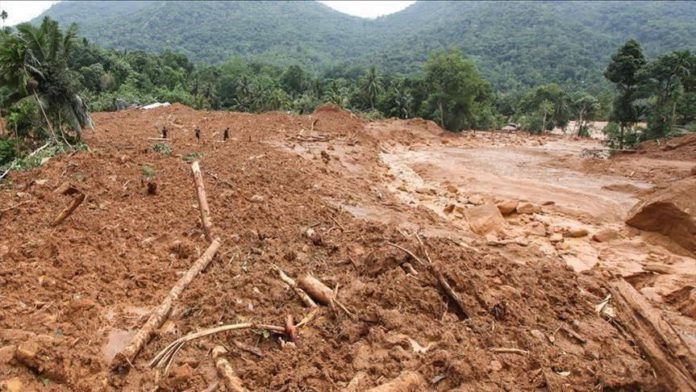 At least 10 people were killed and dozens went missing on Friday in Nepal after landslides by heavy monsoon rains, an official said.

Janardan Gautam, a spokesman of Nepal Disaster Risk Reduction and Management Authority, said the fatalities were reported in four districts across the Himalayan nation after houses were buried due to landslides.

He said more than 30 people are believed to be missing and at least 20 are wounded. The worst affected districts are in the mid-western and eastern regions, he added.

On Thursday, two people were found dead and 21 others have been missing after landslides struck a village near Nepal’s border with China, according to the disaster authority.

The Met Office on Thursday warned of heavy rainfall over the next four days, with warnings that dozens of rivers and rivulets would inundate cities and towns across the country.

“The water levels of the major rivers have increased due to heavy rainfall. The water levels of Koshi River (Nepal’s largest river) is likely to rise to the warning level as its tributaries have swollen after rains,” Gautam told Anadolu Agency.

He said hundreds of security personnel were on standby with 191 rubber boats to rescue people in case of flooding in the country’s southern plains bordering India.

“We have stockpile of relief materials in all seven provinces. We also have five helicopters on standby for rescue operations,” he said.

Hundreds of people die in the natural disaster prone Nepal every summer, when monsoon rains trigger landslides and flooding.

Last year, over 100 people were killed in landslides and floodings across the country, according to the disaster authority.