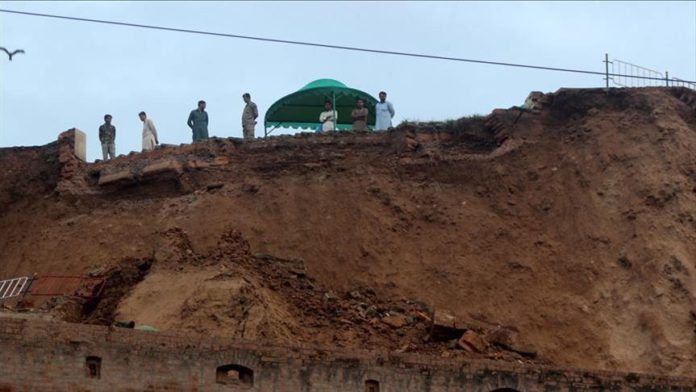 A landslide in northwest Pakistan killed at least nine people and injured another six on Monday, an official said.

The incident occurred in Safi town of Mohmand district, which sits near Afghanistan border, when a massive landslide struck a gathering, Iftikhar Alam, deputy commissioner, told Anadolu Agency by telephone.

Dozens were still trapped under the rubble as army troops were assisting the district administration to rescue them, according to Alam.

“Huge pieces of marble from a hill fell on a routine gathering of 50-60 people [on the foothill],” he said, adding that heavy machinery had been dispatched from nearby districts to accelerate the rescue operation.

Fauzee Khan, a local journalist, told Anadolu Agency that darkness, and lack of heavy machinery were hampering the rescue operation.

Mohmand, one of seven former semi-autonomous tribal regions in Pakistan, is famous for marble reserves.

The tribal areas were given the status of districts and merged with the Khyber Pakhtukhwa province in 2018.

In 2015, some 12 laborers were killed after a marble mine collapsed in Mohmand .

1 dies due to heavy rain in Istanbul