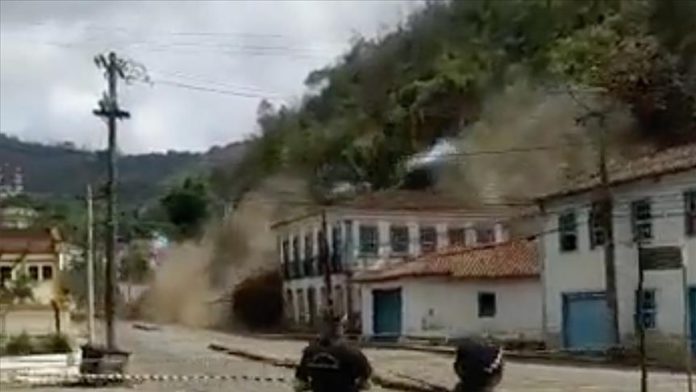 A landslide destroyed a historic townhouse in the Brazilian state of Minas Gerais on Thursday.

Authorities reported no casualties but have warned further landslides could still happen.

Before the incident, the site had already been evacuated by the Fire Department.

Authorities said at least two historic mansions were hit by the hill’s collapse.

According to O Tempo, Brazilian media, the landslide took place in the historic center Morro da Forca in the colonial city of Ouro Preto on Thursday morning – due to heavy rains which have struck the area in recent days.

Ouro Preto is located in the Serra do Espinhaco mountainous region of eastern Brazil.

According to the report, the incident took place due to the heavy rains and has left some of the city without power.

The site was already being monitored by authorities due to heavy rains which have struck the area hard since December.

O tempo also said that a range of authorities have been on site such as the Military Police and military personnel from the Fire Department.

UN health agency: 'Must learn to live with COVID-19'