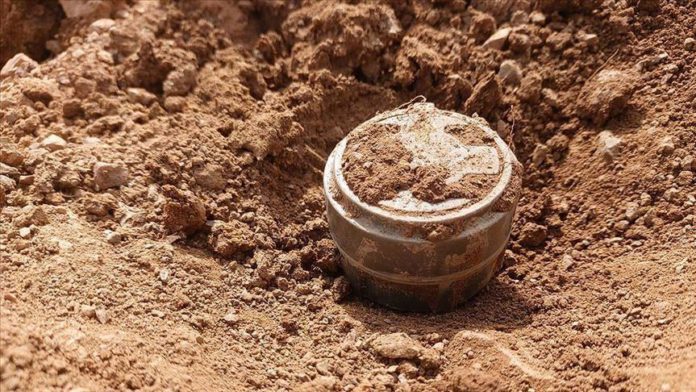 Two children suffered injuries on Monday due to the explosion of a landmine planted by the Daesh/ISIS terror group in northern Syria.

The explosion took place in the Al-Sukkariyah district in the Syrian city of Al-Bab.

The operation, which began in August of 2016 and ended in March 2017, was carried out with the aim of eliminating the terrorist presence along the Turkish border.

Daesh terror group had planted landmines in the area to prevent the progress of the Turkish Armed Forces and the SNA.

Although mine research activities were carried out in the liberated areas, the planted mines still cause damage to many civilians.