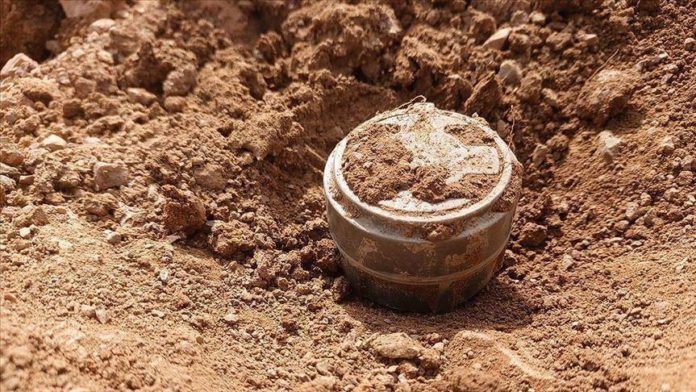 A landmine suspected to have been planted by the Boko Haram terrorist group killed nine security personnel Wednesday while they were conducting a counter-terrorism operation in northeast Nigeria.

Malam Abubakar, a survivor and one of the  hunters recruited by the military to fight the insurgents, said a four-wheel vehicle carrying some soldiers and his colleagues on a counter-terrorism operation hit a landmine in Kayamla village near Maiduguri, the capital of Borno State.

“Our vehicle struck the first landmine. Alhamdulillah [Thank God], none of us were injured. But the second vehicle struck another landmine, and we lost nine of our colleagues,” he told Anadolu Agency

Residents of the community have been grieving over the incident.

Ahmed Satomi, a national parliamentarian from the area, described what happened as saddening. He said the hunters have been sacrificing their lives to secure the area from terrorists.

The military has yet to issue a statement on the incident.

Boko Haram, an armed group that has been responsible for most of the terrorist attacks in the country for over a decade, has recently stepped up its campaign of violence.