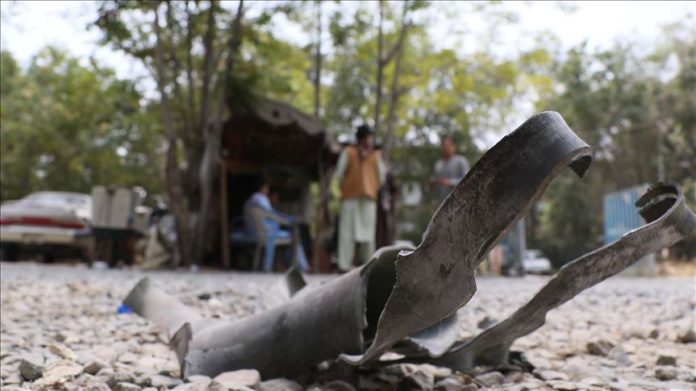 A landmine blast in central Afghanistan killed at least seven civilians on Sunday, an official said.

According to a statement by local authorities in the restive Ghazni province, the incident took place at around 11.00 a.m. (0630GMT) in the Jaghato district where a civilian vehicle struck the explosive, killing all seven passengers, including three women and two children,

The statement alleged that the bomb had been planted by the Taliban, though there has yet been no claim of responsibility for the attack.

Earlier this month, a landmine in the neighboring Kandahar province killed at least five civilians and injured six others.

Condemning the attack, President Mohammad Ashraf Ghani urged the Taliban to respond positively to the calls for peace and stop planting roadside explosives.

This comes amid a deadly escalation in the fighting between Taliban insurgents and Afghan security forces on the heels of a stalled peace process.

Disagreements over the exchange of prisoners between the Afghan government and the Taliban have delayed peace negotiations envisaged under a US-Taliban deal signed in February to end the 19-year war.

Figures by Afghanistan’s Independent Human Rights Commission suggest that in the first six months of 2020, a total of 1,213 civilians were killed and 1,744 injured in 880 different security incidents, including landmine blasts, aerial raids and ground offensives between the sides.