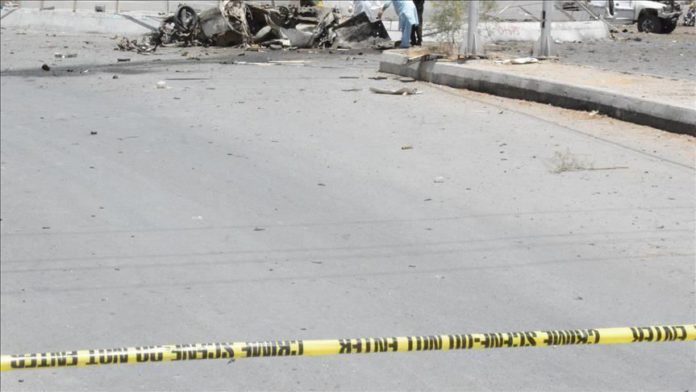 At least six civilians, including women and children, were killed and two others wounded in Afghanistan’s Helmand province in a landmine blast on Sunday, an official confirmed.

Umer Zwak, spokesman for the provincial governor, told Anadolu Agency that the incident took place in Washer district this afternoon.

He accused Taliban insurgents of planting the IED on the main road.

No group immediately claimed responsibility for the blast.

Landmines, mostly planted in areas controlled or contested by Taliban, continue to wreck havoc in the conflict-ridden country.

About 30% of total civilian casualties – 1,293 – in the first three months of 2020 were caused by explosives laid on or just under the surface, according to the United Nations Assistance Mission in Afghanistan.

The attack comes a day after two officials of the Afghanistan Independent Human Rights Commission were killed in a blast in the capital Kabul.

Fatima Khalil, a donor liaison officer, and Ahmad Jawed Folad, a driver, were targeted with an improvised explosive device.

The attack was the latest in a string of targeted killings of pro-government religious scholars and rights defenders since mid-May.

US special envoy for peace in Afghanistan Zalmay Khalilzad condemned the “anti-human act.”

“We support the overwhelming demand of Afghans to overcome these odds & continue the march to a permanent and dignified peace and an Afghanistan in which everyone’s rights are respected,” he said in a statement on Twitter.

Earlier this week, Abdullah Abdullah, chairman of the High Council for National Reconciliation, said escalation in violence has made it harder to open peace negotiations.

The start of intra-Afghan dialogue will pave the way for lasting peace and stability in Afghanistan as envisaged in a deal between Washington and Taliban signed in late February.