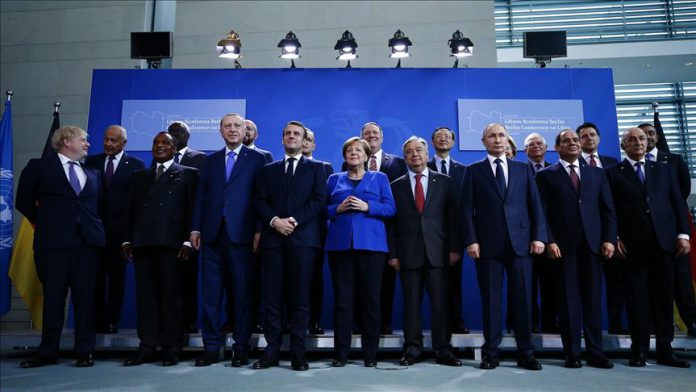 World leaders gathered in Berlin on Sunday to discuss ways to achieve a lasting cease-fire and a political solution to the longstanding Libyan conflict.

German Chancellor Angela Merkel and UN Secretary-General Antonio Guterres, co-hosts of the Berlin conference on Libya, greeted their guests at the door of the Federal Chancellery.

Ahead of the conference, Erdogan had a bilateral meeting with Libya’s internationally recognized Prime Minister Fayez al-Sarraj, who urged the