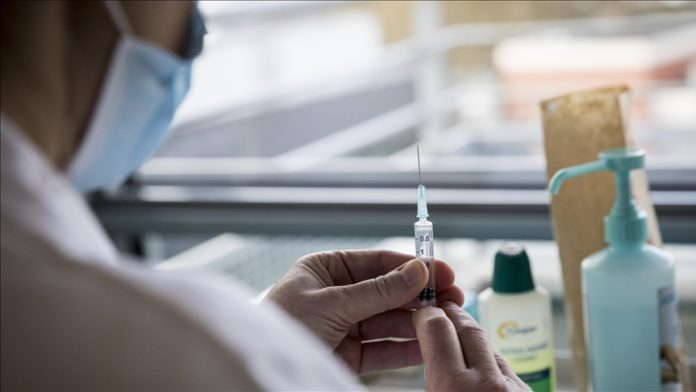 Nearly one in three French adults surveyed in July were against getting a coronavirus vaccine, according to new research published Friday in The Lancet Public Health journal.

More than two-thirds would consider its effectiveness and country of origin before deciding to be injected.

A total of 1,942 adults between the ages of 18 and 64 were surveyed. Researchers found nearly one-third (29%) refused any vaccine. And a majority, 71%, expressed hesitancy mainly because of the effectiveness of vaccines and the country where they are produced.

Hesitancy mainly emanated from the choice of countries mentioned in the survey, US, EU and China and perceptions that rushed development and safety concerns would be compromised outside Europe.

Researchers recommend that mass vaccination strategies are likely to be more successful if vaccines produced in the US or the European Union are shown to have robust evidence of high levels of effectiveness.

The study notes that since last year, in light of the availability of several vaccines, a second wave with new variants and communicating the collective benefits of herd immunity, may have resulted in a change of attitudes and reducing hesitancy.

France kickstarted its vaccination campaign Dec. 27 in line with several European countries. But it was panned for an initial sluggish response, mismanagement, lack of coordination, waste and pandering to anti-vaxxers.

After a slow start, the prime minister has promised to inoculate 1.7 million people this month and allow the vast network of pharmacies to inject people.

Dr. Michaël Schwarzinger from Bordeaux University Hospital said “the findings suggest that vaccine hesitancy, alongside other factors including limited vaccine supplies and the emergence of new COVID-19 strains, continues to pose major challenges to getting the pandemic under control.”

He added the research could be used to devise national vaccination strategies that people are likely to support.

Researchers Pierre Verger from Observatoire Regional de la Sante Provence-Alpes-Cote d’Azur and Patrick Peretti-Watel from Aix-Marseille University said the study shows that most people are probably not absolutely for or against vaccines and hesitancy may stem from varied factors.

“Health authorities must anticipate these behaviours, especially since the characteristics that influence them could change over time,” they said.

The study was published as part of a collection of three papers assessing aspects of the COVID-19 pandemic in France. It was funded by the French Public Health Agency.

One of the other studies sought to better understand common factors associated with in-hospital cases and deaths across the country, while the other investigated the prevalence of the virus among the homeless in Paris, according to the Lancet.