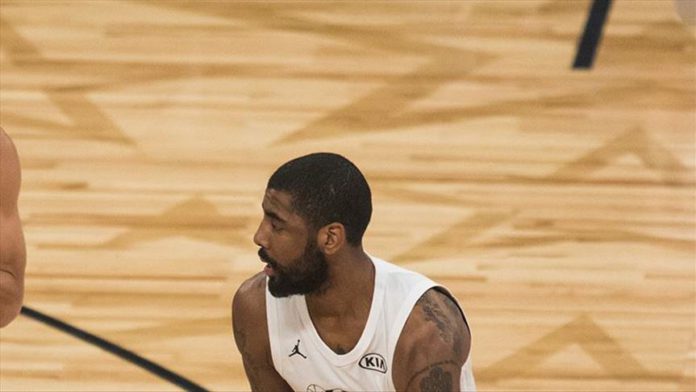 Brooklyn Nets All-Star point guard Kyrie Irving lobbied NBA players to oppose the resumption of the NBA in the wake of mass demonstrations against the racism and social injustice in the US.

“Sources: Kyrie Irving led a call of 80-plus NBA players, including Chris Paul/Kevin Durant/Carmelo Anthony/Donovan Mitchell, and Irving and several players spoke up about not supporting resumed season due to nationwide unrest from social injustice/racism,” Shams Charania, an NBA insider for the Athletic, tweeted late Friday.

Charania added Donovan Mitchell, Carmelo Anthony and Dwight Howard are also among players who are against the NBA return plan because of the social issues and coronavirus fears.

“NBPA leadership, Paul/Garrett Temple, provided insight too. Every player had a voice — wants to find purpose, whether they play or not,” Charania added.

Kyrie Irving on players’ call Friday, per sources: “I’m willing to give up everything I have (for social reform).”

The NBA will return with a 22-team format at the Walt Disney World Resort near Orlando, Florida as the tentative start date of the tournament was scheduled for July 3.