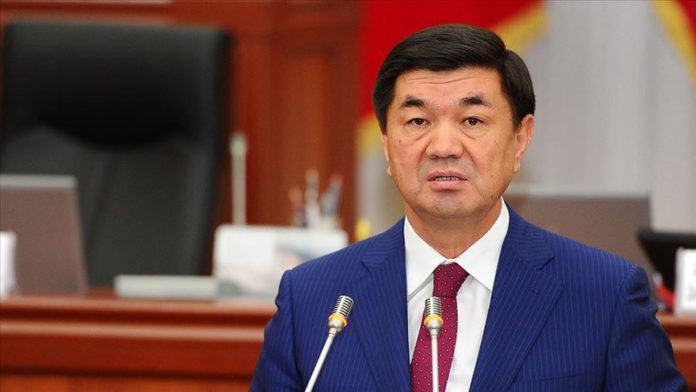 Kyrgyzstan’s Prime Minister Mukhammedkalyi Abylgaziev on Monday announced his resignation amid ongoing criminal investigation into the assignment of radio frequencies.

“The government may not work well due to the uncertainty caused by the investigation. Therefore, I decided to resign from my seat,” he said.

Stressing the charges against him are unfounded, Abylgaziev said he hopes the investigation will find the real criminals.

In April, some government officials were accused of abusing the process of expanding and renewing the radio frequency band in the country.

The corruption allegations were first brought up in the Kyrgyz Parliament on May 20.

Some Kyrgyz lawmakers said that the damage to the country was huge and asked the prime minister who assumed office in 2018 to prove his innocence.