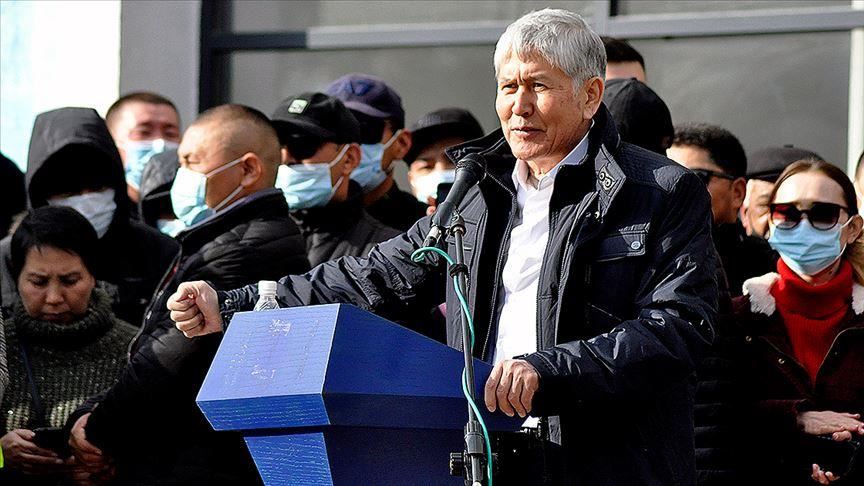 Kyrgyzstan’s former President Almazbek Atambayev, who was freed from prison by supporters earlier this week, has been rearrested, the country’s State Committee for National Security said on Saturday.

Atambayev and his aides Farid Niyazov, Damir Musakeyev, and bodyguard Kanat Sagynbaev were arrested on charges of organizing the ongoing anti-government demonstrations, the committee said.

Videos circulating on social media showed security personnel outside Atambayev’s house in the village of Koy-Tas, outside the capital Bishkek.

The arrests come a day after President Sooronbay Jeenbekov declared a state of emergency following mass protests against the results of the Oct. 4 parliamentary elections.

The protests started on Monday, with people breaking into parliament and other buildings and clashing with police, demanding a new vote.

They also freed several politicians, including Atambayev, from prison.

Atambayev has since participated in rallies against the government and demanded President Jeenbekov’s resignation.

Boronov was replaced by Sadyr Japarov, who was also released from jail by protesters.