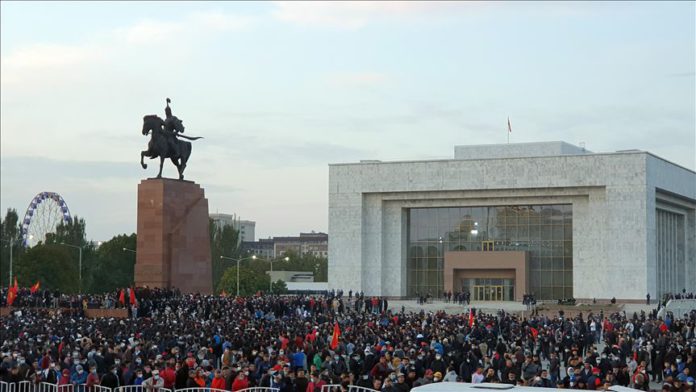 Kyrgyzstan’s prime minister and parliament speaker stepped down on Tuesday following mass protests against the results of the Oct. 4 parliamentary elections.

Premier Kubatbek Boronov and Dastan Jumabekov, the speaker of the country’s parliament, known as the Supreme Council, presented their resignation letters at a meeting of legislators in the capital Bishkek.

Lawmakers have agreed to appoint Sadyr Zhaparov as the interim prime minister and Miktibek Abdildayev as parliament speaker.

Kyrgyzstan has been rocked by massive demonstrations against the results of Sunday’s parliamentary elections.

Thousands of protesters gathered in the capital to demand a new vote after the results were announced on Monday, clashing with police as they broke into the parliament and other government buildings.

At least one person was killed and nearly 600 injured in the violent protests.

Earlier on Tuesday, Kyrgyzstan’s Central Election Commission declared the election results invalid, shortly after President Sooronbay Jeenbekov called for restraint and urged all political parties to place the fate of the country above political ambitions.

'Turkey’s response to coronavirus has been exemplary'