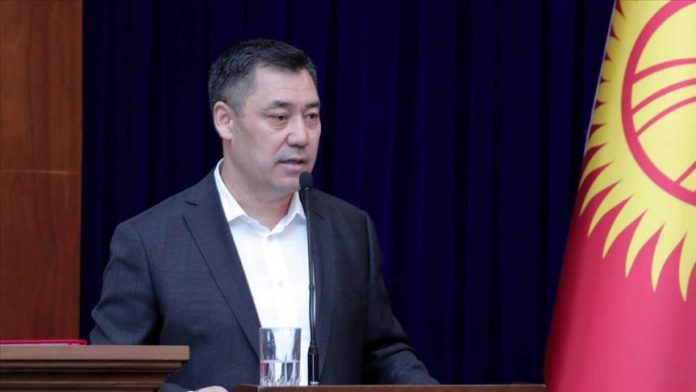 Kyrgyzstan’s parliament named Sadyr Zhaparov the prime minister, who was freed from prison on Tuesday by his supporters protesting against the results of the Oct. 4 parliamentary elections.

Protests in Kyrgyzstan started on Monday, with people breaking into parliament and other buildings and clashing with police, demanding a new vote.

On Tuesday, Prime Minister Kubatbek Boronov along with Dastan Jumabekov, the speaker of the country’s parliament, announced their resignation over the crisis.

The elections authority in Kyrgyzstan annulled the parliamentary elections results.

Prior to cancelling the results, the elections authority announced that only four out of 16 parties managed to cross the parliamentary threshold.

Since Sunday, the supporters of the parties that did not reach the parliamentary threshold announced their rejection to the elections’ results claiming the electoral process was not fair.

The clashes between the protesters and security forces left one person dead and 590 others injured.