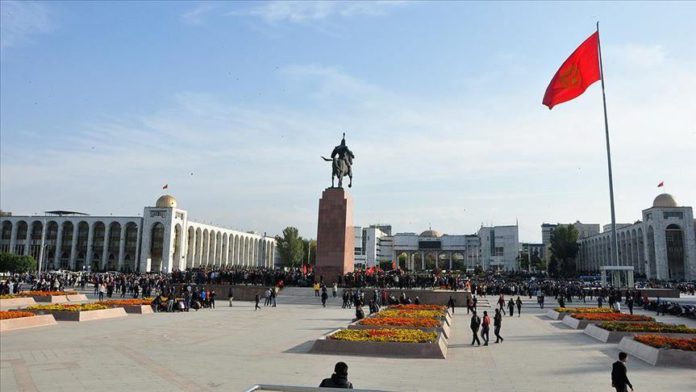 Kyrgyzstan’s president on Friday declared a state of emergency in the capital Bishkek following election protests that turned violent.

Sooronbay Jeenbekov announced the decision that would be applied between 08.00 p.m. and 08.00 a.m. local time (1400GMT-0200GMT) in Bishkek to disperse the demonstrations.

Meanwhile, speaking at the headquarters of the Social Democratic Party, former President Almazbek Atambayev, who was freed from prison on Tuesday, called on Jeenbekov to resign.

Atambayev also apologized to the people of Kyrgyzstan for his mistakes during his tenure in office.

Later, Atambayev, along with his supporters, marched and gathered at the Ala-Too square in Bishkek.

Breaking into parliament and other buildings, the protesters clashed with police and demanded a new vote, forcing Prime Minister Kubatbek Boronov and Parliament Speaker Dastan Jumabekov to step down.

Boronov was replaced by Sadyr Japarov, who protesters released from jail on Tuesday.