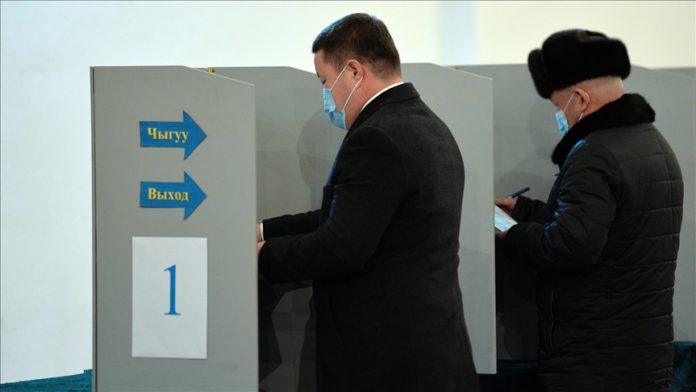 Voters are going to the polls in Kyrgyzstan Sunday to choose a new president as well as decide on constitutional changes in the form of government.

As many as 17 candidates are seeing the presidency, including former Prime Minister and presumed front-runner Sadyr Japarov, former Parliament Speaker Adahan Madumarov, ex-State Committee for National Security head Abdil Segizbayev, and a former member of the Constitutional Chamber of the Supreme Court.

The country will also decide on its form of government: parliamentary, presidential, or no change.

If a presidential candidate gets more than half of the votes Sunday he will be elected, and if not the top two candidates will proceed to a second round.

Sunday’s election in the Central Asian country comes in the wake of protests which erupted last October after eight political parties rejected parliamentary election results, claiming the process was unfair.

The demonstrators stormed the parliament and other buildings and clashed with police, demanding new elections.

Clashes between protesters and security forces left at least one person dead and 590 others injured.

No coronavirus cases in Turkey so far: Health minister

Biden sets stage for US sanctions on Myanmar's military