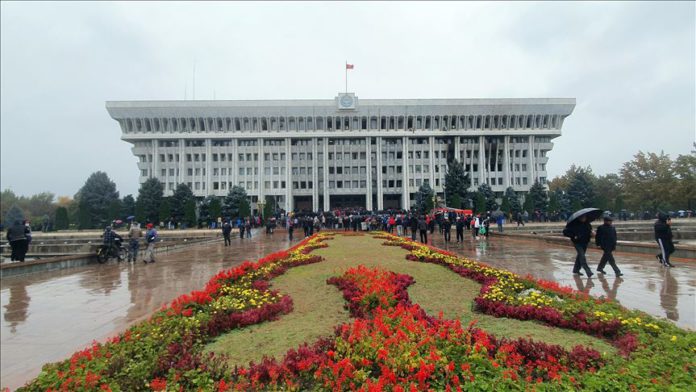 Suvanaliev underlined that Kyrgyzstan’s security forces have sufficient manpower and equipment to control the situation.

He also met with the heads of relevant departments of the National Security State Committee and officials of other security institutions at the committee building.

A protocol consisting of 12 items was adopted in the meeting to ensure order and security in the country.

It was emphasized in the protocol that the security units should act jointly to ensure stability and politicians should work together to stabilize the country.

Ozonnia Ojielo, UN Resident Coordinator and Representative of the UN Secretary General in the Kyrgyz Republic, met earlier with Suvanaliev, expressing the UN’s concern about the current situation in the country. He noted that the UN is ready to provide any kind of support.

Demonstrators, who broke into parliament and other buildings, clashed with police and demanded a new vote, forced Prime Minister Kubatbek Boronov and Parliament Speaker Dastan Jumabekov to step down.

Boronov has been replaced by Sadyr Japarov, who protesters released from jail on Tuesday.