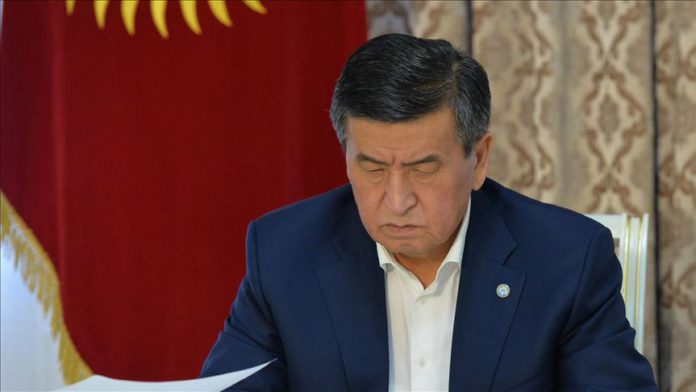 Kyrgyzstan’s president said Wednesday that he will step down only after a new parliamentary election is held and a presidential election is announced.

Jeenbekov stressed that he does not think it is right to leave his post now, as it could trigger an unpredictable scenario against the state.

Zhaparov, a former lawmaker who was freed last week from prison by his supporters during protests against the results of an election on Oct. 4 to choose 120 new members of parliament, said they will demand Jeenbekov’s resignation tomorrow.

Protests in Kyrgyzstan erupted early this month, with people breaking into parliament and other buildings and clashing with police, demanding a new parliamentary election. The election authority then annulled the Oct. 4 results.

Prior to this, the election authority announced that only four out of 16 parties had managed to pass the 7% threshold to enter parliament.

Since Sunday, supporters of the parties that failed to reach the threshold announced their rejection of the election results, claiming the electoral process was not fair.