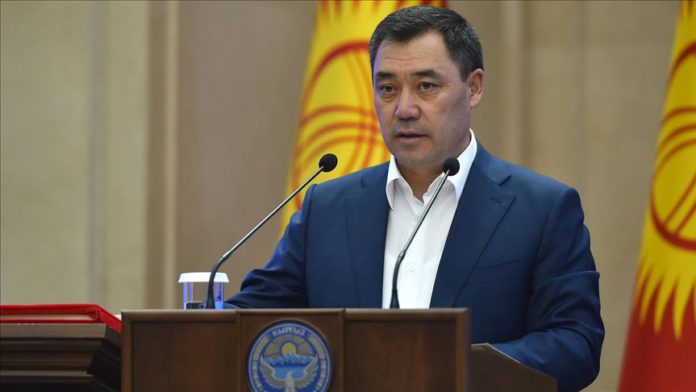 Kyrgyzstan’s prime minister said Thursday he would step down as acting president to run in an upcoming presidential election on Jan. 10.

Underlining that the public had demanded that the country’s constitution be amended, Japarov said the new constitution would be prepared at the parliament in live televised sessions.

“The new government system will be determined by the people and the parliament,” he added.

He dismissed claims that renouncing the current parliamentary system would lead to a repressive regime, saying that the Kyrgyz people would not allow such a thing to happen.

“Protests have toppled three Kyrgyz leaders over the last 15 years. I won’t repeat the mistakes previous presidents made.”

Japarov was referring to recent unrest that had forced his predecessor former Prime Minister Kubatbek Boronov and Parliament Speaker Dastan Jumabekov to step down on Oct. 6.

Protests in the Central Asian country erupted last month, with demonstrators storming the parliament and other buildings, clashing with police, and demanding fresh parliamentary elections.

Supporters of eight parties under 7% expressed their rejection of the results, claiming that the electoral process was unfair.

In response, the country’s election authority annulled the results of the Oct. 4 ballot, in which only four out of 16 parties had managed to pass the 7% threshold to enter parliament.

Turkey, Denmark aim to boost trade to $5B