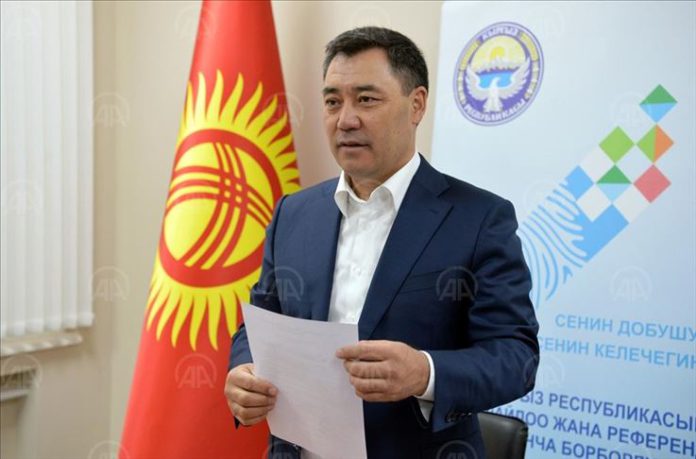 Kyrgyzstan’s Prime Minister Sadyr Japarov resigned Saturday and put his hat into the ring for the Jan. 10 presidential elections, according to a statement by the country’s Presidential Press Center

Mamytov addressed the nation and said his main task is to create equal conditions for all candidates in the elections.

A total of 63 candidates applied for the elections after the nomination deadline expired.

Japarov was declared Interim Prime Minister after being released from prison Oct. 6 by supporters following violent protests by several parties that failed to get demonstrators to enter the parliament building a day earlier.

Protests in the Central Asian country erupted last month, with demonstrators storming the parliament and other buildings, clashing with police and demanding new parliamentary elections.

Supporters of eight parties expressed their rejection of the results, claiming the electoral process was unfair.

In response, the election authority annulled the results of the Oct. 4 ballot, in which four of 16 parties managed to pass the 7% threshold to enter parliament.

Taliban to reopen some public universities in Afghanistan on Feb. 2

Despite peace accord, insecurity haunts villages in South Sudan