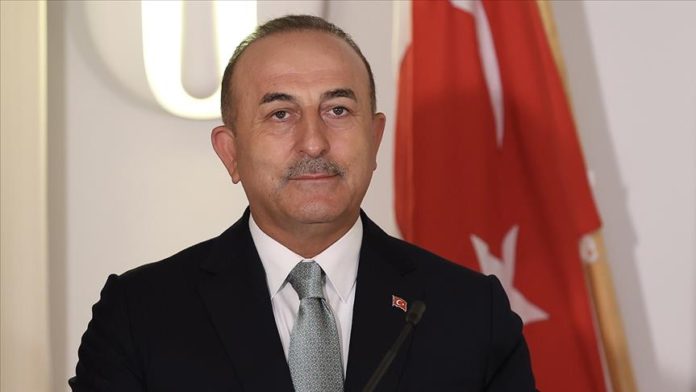 Leading media outlets in Kyrgyzstan and Kazakhstan published an article on Friday by Turkey’s foreign minister that described Ankara’s fight against the Fetullah Terrorist Organization (FETO).

Mevlut Cavusoglu penned the article on Thursday, “Why Should We Fight Against FETO Resolutely?,” for the fifth anniversary of the defeated coup attempt on July 15, 2016.

The Turkistan newspaper, one of the media organizations broadcasting throughout Kazakhistan, along with the Elorda news site, printed the article with the headline: “Mevlut Cavusoglu: Terrorism, a great threat to all humanity.”

The Vechernyi Bishkek newspaper, one of the leading media organs in Kyrgyzstan, also gave place to the article.

“Terrorism remains a major threat to the common security, well-being, values and prospects for a brighter future of all humanity,” Cavusoglu wrote. “Some of the terrorist groups are not clearly visible and are hidden behind a slyly designed propaganda tool.”

Cavusoglu said on July 15, Turkey faced a brutal coup attempt by FETO, which is a new type of terror grup that infiltrated state institutions.

“On that black night, state institutions, especially our Parliament and the Presidency, where the free will of the nation is embodied, were assaulted by heavy weaponry including attacks by tanks, military aircraft and helicopters,” he said.

“It would be a grave misconception to think that FETO is only a threat to Turkey. There is no doubt that the legal investigations to be launched in the countries where FETO has placed itself will expose many illegal activities ranging from financial corruption to fraud in visa and asylum applications. It’s high time that these countries take this step,” said Cavusoglu.

He urged the international community to act with the same determination against all terror organizations, regardless of their forms, including FETO.

“No compromise can be made to those who commit acts of terrorism,” he said.

Turkey marked July 15 as Democracy and National Unity Day with nationwide events to commemorate those who were killed beating back the putschists and to remember the bravery of the nation.

FETO and its US-based leader, Fetullah Gulen, orchestrated the defeated coup in which 251 people were killed and 2,734 wounded.