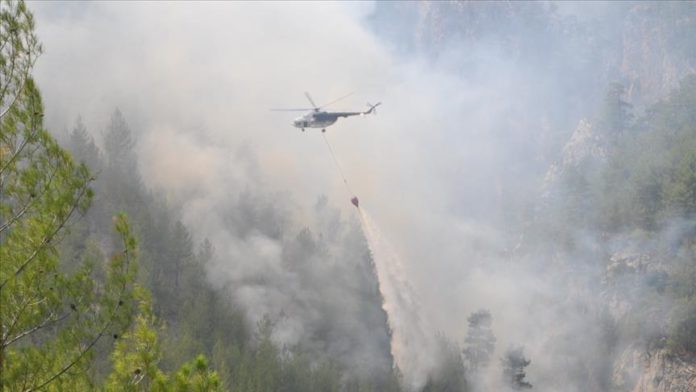 Kuwait is set to dispatch a team of firefighters to Turkey on Sunday to help in the fight against forest fires that killed at least eight people.

The 45-strong team will be dispatched to Turkey upon orders from Kuwait’s Emir Sheikh Nawaf Al-Ahmad to assist in putting out the fires, according to the official news agency KUNA.

KUNA said another team will be sent to Greece on Monday to help in countering the wildfires there.

​​​​​​​At least eight people have been killed, according to official figures, since fires started in southern and southwestern Turkey on July 28.

Turkey’s Agriculture and Forestry Minister Bekir Pakdemirli said Saturday that 217 fires have been contained, while only six remain ongoing.