TurkishPress
Home Americas US & Canada Kushner: Palestinians should give up ‘fairy tales' 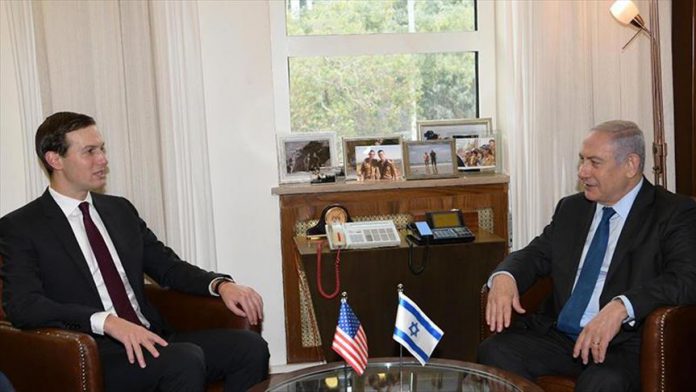 U.S. President Donald Trump’s Senior Adviser and son-in-law Jared Kushner on Tuesday said the Palestinians should accept the “full package” of the so-called peace plan offered and give up fairy tales.

Speaking to Al Jazeera following the announcement of the long-awaited proposal on Palestine and Israel by Trump and Israeli Prime Minister Benjamin Netanyahu at the White House, Kushner said the detailed plan offers practicality to Palestinians and Israelis.

Kushner called the decades-long Palestinian efforts for statehood “old claims, myths, lies” and said the plan gives Palestinians an “ability to have a pathway” for a state of their own.

Read more: Kushner: Palestinians should give up ‘fairy tales'

Pelosi: Trump should be 'healer-in-chief' amid unrest