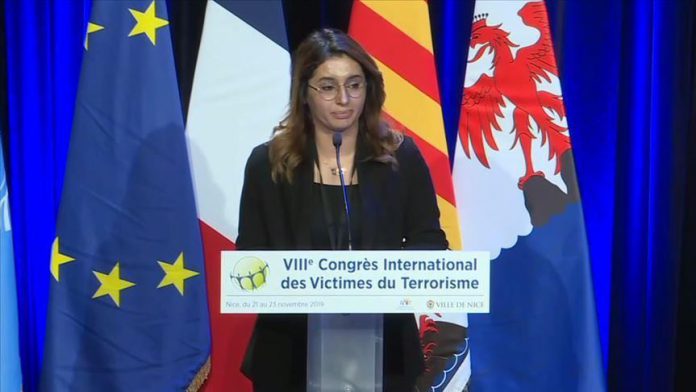 A female Kurdish journalist, who lost her father in a PKK/YPG terrorist attack in southwest Turkey, broke into tears while reading a manifesto at the International Congress for Victims of Terrorism in France.

Reading the manifesto at the closing ceremony of the Congress in the French city of Nice, Gulay Demir said: “We, as victims of terror, do not seek hatred and grudge. We want future generations not to experience the persecution carried out by criminals to us.”

Demir, a correspondent of Istanbul-based Kurdish-language broadcaster TRT Kurdi, lost her father in a PKK/YPG terrorist attack in Nusaybin district