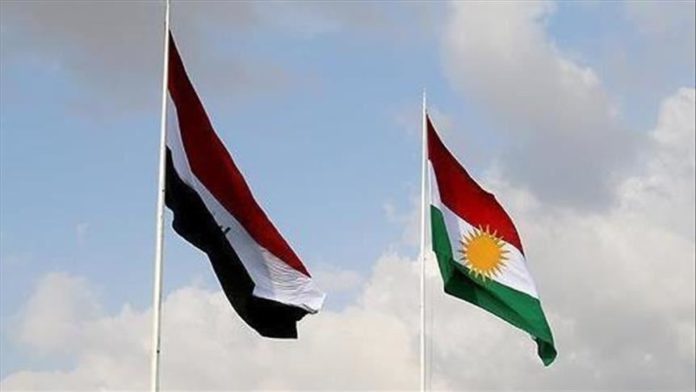 Representatives of the Kurdish Regional Government (KRG) in Iraq said Friday in the country’s capital that they wanted the problems between the central government and Erbil to be resolved through dialogue.

The priority of the new Kurdish government of Prime Minister Masrour Barzani is to resolve all suspended issues with Baghdad within the constitutional framework and through open dialogue, Faris Isa told Anadolu Agency.

Masrour Barzani was sworn in last week as the new prime minister of the (KRG) in northern Iraq.

In a session held by the regional Kurdish parliament, 88 out of 111 attending regional lawmakers voted in favor of Barzani’s government in a confidence vote.

Isa also stressed that Iraqi Prime Minister Mustafa al-Kadhimi was a “new hope” for the Iraqi people to resolve ongoing disputes between the parties.

Iraq’s parliament gave a vote of confidence to the al-Kadhimi and his partial cabinet on May 7 to succeed the resigned government headed by Adel Abdul-Mahdi.

Iraq has been roiled by mass protests since early October over poor living conditions and corruption, forcing Abdul-Mahdi to resign.

Erbil supports the return of the Kurdish Peshmerga forces to Kirkuk and other controversial areas to conduct joint operations with Iraqi forces against the Daesh terror group, Isa added.

Home to large Turkmen, Kurdish and Arab communities, Kirkuk is one of several parts of Iraq disputed between Baghdad and the Erbil-based KRG.