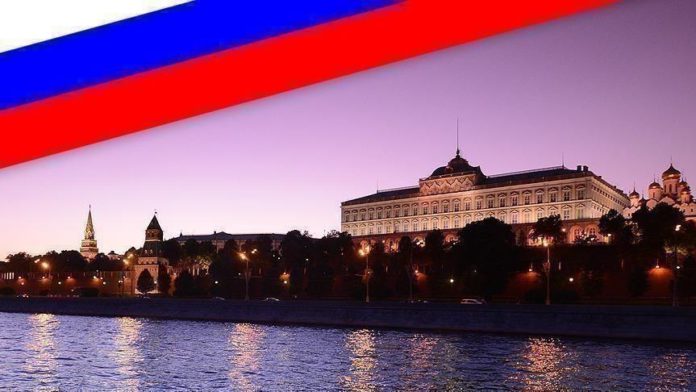 Russia sees the incident with the British Defender destroyer as a deliberate provocation, Kremlin spokesman Dmitry Peskov said on Thursday.

Moscow considers the actions of the destroyer’s crew as “unacceptable” and “violating international law,” Peskov told reporters in Moscow.

“We believe that the British destroyer committed a provocation. Moreover, we regret that this was a deliberate and prepared provocation. We are certainly concerned about such actions of the British ship. We consider such actions unacceptable and inconsistent with international law,” he said.

Peskov warned that the Russian border guards and armed forces will continue to take “a fairly tough position against such provocations strictly in accordance with international law.”

“If unacceptable provocative actions are repeated, if these actions go too far, no actions can be excluded in terms of the legitimate protection of the borders of the Russian Federation,” he said.

In a separate statement, Russian Deputy Foreign Minister Sergey Ryabkov said Russia can bomb on target in case of its border violation.

He warned against “provocative steps under slogans of freedom of navigation,” saying they are fraught with “the most difficult consequences.”

“We can appeal to common sense, demand respect for international law. If this does not help, we can bomb not only on the course but also on the target, if our colleagues do not understand.

“The territorial integrity of the Russian Federation is inviolable. The inviolability of its borders is an absolute imperative, we will guard all this both by diplomatic and political means and if necessary by military means,” he said.

Ryabkov said Moscow sees the incident with the British Royal Navy destroyer as “very serious” and condemns the actions of the British military.

The British Defense Ministry rejected the Russian claims that warning shots were fired at one of its vessels in the Black Sea, saying the Royal Navy ship was conducting “innocent passage through Ukrainian territorial waters in accordance with international law.”

Russian Foreign Ministry spokeswoman Maria Zakharova called “lies” London’s reaction to the incident and promised that “a complex response will be given in such situations.”

She also said the British ambassador to Russia will be summoned to the ministry, he will be declared “a tough demarche” in connection with the situation.