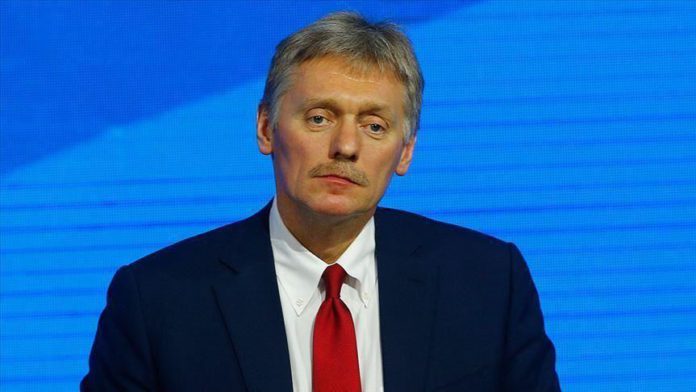 Commenting on Navalny’s interview to the German daily Der Spiegel that Putin was behind his alleged poisoning, Peskov said the rhetoric Navalny used, trying to put himself on the same level as the first person of the state, borders on insults.

“The real competitors of the president in the political struggle are completely different people and other forces, they are not quasi or marginal, but the real opposition,” Peskov noted.

He also added that Navalny is guided by the Central Intelligence Agency in his actions and that it would be better if they communicate directly with their colleagues from the Russian Foreign Intelligence Service and Main Intelligence Directorate.

According to Peskov, Russia wants to investigate the Navalny case, for that it needs to get information from those who found traces of poisoning in Navalny’s tests.

For the rest, the Kremlin will refrain from further comments because does not consider Navalny a peer, Peskov said.

Navalny, 44, a fierce critic of Putin, felt sick on Aug. 20 on a flight to Moscow. After an emergency landing in the Siberian city of Omsk, he spent two days in a Russian hospital before being sent to Berlin for treatment.

Russian authorities deny any involvement in the case, saying chemical weapons are neither developed nor produced in the country since the last chemical round was destroyed in 2017, as verified and certified by the Organization for the Prohibition of Chemical Weapons (OPCW).

Currently, Novichok is known to be produced in the US and Georgia, according to Yury Shvytkin, a member of the Russian lower chamber of the parliament – the State Duma.

Russia insists on presenting an evidence of Navalny’s poisoning with Novichok, saying the traces of the nerve agent were not found during his stay in Omsk and that it is necessary to open a criminal investigation of what happened.

However, neither German nor the OPCW share any information on Navalny’s poisoning with Russia.