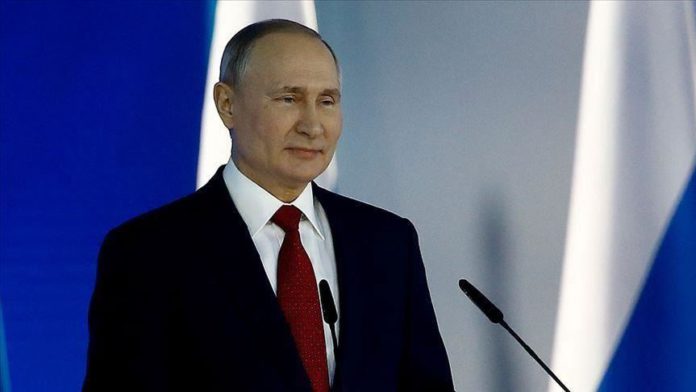 The Kremlin’s spokesman denied a report in the British tabloid The Sun that said Russian President Vladimir Putin will resign early next year due to health problems.

In response to a question about the article, Dmitry Peskov said that Putin had no plans to resign.

“No,” Peskov said. “He is in excellent health.”

The tabloid claimed that his partner Alina Kabaeva, as well as his two daughters, are also calling on him to resign.

The Sun said observers watching a recent video clip of the president “noted his legs appeared to be in constant motion and he looked to be in pain while clutching the armrest of a chair.”

“His fingers are also seen to be twitching as he held a pen and gripped a cup believed to contain a cocktail of painkillers,” the report added.

The report also said a team of researchers at the Department of Neurology, Radboud University Medical Centre, Nijmegen, The Netherlands identified signs in Putin’s gait which could point to Parkinson’s disease in 2015.

It also pointed to a new law that would make Putin a senator-for-life, ensuring his immunity from prosecution and continued access to state perks, is making its way through the Russian legislature.

The Sun’s report also quoted Peskov saying of the senator-for-life move: “This is the practice that is being applied in many countries of the world, and it is quite justified.

“This is not innovation from the point of view of international practice.”

Biden accepts 'in principle' to meet with Putin: White House