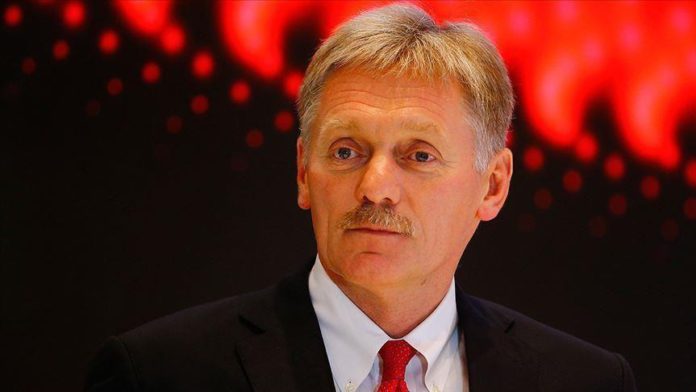 Kremlin spokesman Dmitry Peskov said on Wednesday the Russian Armed Forces does not pose a threat to Ukraine.

Asked for how long the Russian troops will stay near the Ukrainian border, Peskov said the country’s military chiefs will decide where to position them and for how long.

In his speech to the parliament on March 30, Ukrainian Chief of General Staff Ruslan Homchak said the Russian Armed Forces were sending troops near the Ukrainian border on the plea of military exercises.

In response, Kremlin spokesman Dmitriy Peskov said Russia is moving its armed forces within its territory at its discretion and that it does not pose a threat to anyone.

Fighting between Ukrainian government forces and pro-Russian separatists has seen more than 13,000 people killed, according to the UN.

'We must be tough with Erdogan government': Macron