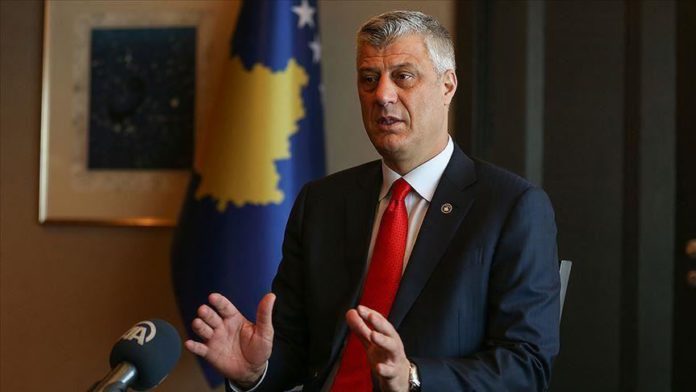 Prosecutors in the Hague filed an indictment Wednesday against Kosovo’s President Hashim Thaci for crimes against humanity and war crimes during the 1998-99 war with Serbia.

The Special Prosecutor’s Office filed charges with the Specialized Chambers of Kosovo “on ten counts charging Hashim Thaci, Kadri Veseli leader of the Democratic Party of Kosovo and others with a number of crimes against humanity and war crimes, including murder, enforced disappearance, persecution, and torture.”

It alleges that “Thaci, Veseli, and other suspects are criminally responsible for almost 100 murders.The victims of the criminal acts are hundreds of persons whose identity is known, among whom are Kosovo Albanians, Serbs, Roma and persons of other nationalities, as well as political opponents,” said a statement from the Specialized Chambers.

The pre-trial judge is currently examining the indictment to decide whether to confirm it.

The specialized prosecution filed its first indictment in February, and another in April.

Since January 2019, prosecutors have summoned more than 200 former members of the Kosovo Liberation Army for interrogation at The Hague as suspects or witnesses.

Thaci canceled a visit to the White House on Saturday after the indictment was announced.