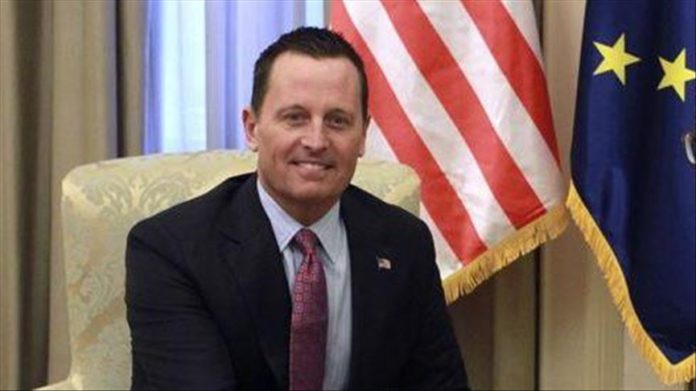 The leaders of Kosovo and Serbia have accepted US President Donald Trump’s invitation to visit the White House for peace talks later this month, the US special envoy for Kosovo-Serbia peace negotiations said Monday.

Richard Grenell said on Twitter he has “received the commitment from” both governments to not only attend the June 27 Washington talks, but to take reciprocal faith-building measures ahead of the summit, which is slated to hinge heavily on economic development.

“If either side is unsatisfied with the June 27 discussions then they will go back to the status quo after they leave Washington,” he said on Twitter. “As we have consistently said, we must first make progress on growing the economies. This is the focus. I look forward to these discussions.”

Kosovo declared its independence from Serbia in 2008, with most UN member-states recognizing it as a separate autonomous country from its neighbor. Belgrade, however, maintains it is a breakaway province and has worked to roll back recognition.

Serbia agreed to temporarily halt its international campaign, while Kosovo agreed to pause its effort to drive up further recognition ahead of the talks, Grenell said.

Kosovo President Hashim Thaci said last Monday that his government is ready for dialogue with Serbia, and the process should not be delayed.