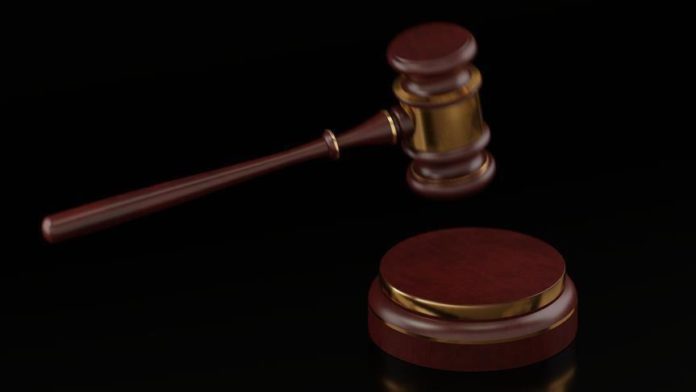 A court in Kosovo’s capital of Pristina sentenced Serbian ethnic Zoran Djokic to 12 years for crimes during the Kosovo war.

The court said in a statement that Djokic, who was arrested in February 2019, was found guilty of systematic crimes against civilians in Peja / Peć, Kosovo, in March and April 1999.

It ruled that Djokic was involved in the forced eviction of Albanian civilians living in Peja / Peje / Pec and the use of psychological and physical violence by groups who used Serbian military, police and paramilitary uniforms.

Judge Arben Hoti said a large number of witnesses were heard and evidence was examined.

But Serbia’s Office for Kosovo and Metohija​​​​​​​ said the verdict is an example of how “law and justice are trampled in so-called Kosovo.”

It said in the first instance that the verdict is unfounded on the evidence and testimonies of witnesses because “not a single eyewitness recognized Djokic as the perpetrator.”

The office said the verdict shows the bias and passion of the court instances.

The statement noted that the Prosecutor’s Office in Pristina expanded the indictment five days before the Djokic’s sentencing, which was assessed as “procedurally inadmissible” because no evidence was found against the accused during the procedure.

“Therefore, this shameful verdict cannot be interpreted otherwise than as a trial of someone’s ethnicity, in front of law and justice,” it added.

The assembly’s vote was recognized by Albania, but Kosovo remained quiet during the breakup of Yugoslavia between 1989 and 1992.

Conflicts between Serbian forces and the Kosovo Liberation Army (KLA), which was founded in 1991, later played an important role in the country’s move to independence.

The conflict escalated into the Kosovo war, which lasted from February 1998 until June 1999. The war ended after NATO intervened with an extensive bombing campaign, including targets in Kosovo.

Since the war, Serbia and Kosovo saw periodic tension.

Kosovo’s assembly declared its independence from Serbia on Feb. 17, 2008, despite opposition from Serbian members.

Serbia continues to see Kosovo as its own territory, despite its declaration of independence and recognition by 116 countries, including the US, UK, France, Germany and Turkey.

Serbia, Russia and China are among countries that have yet to recognize Kosovo’s independence.